Types Of Cockroach Species in Malaysia 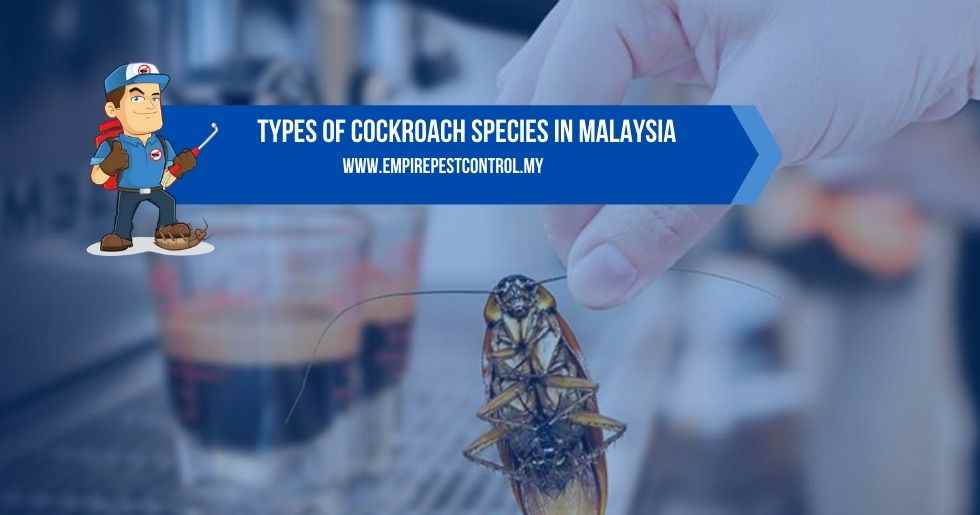 Cockroaches are among the oldest inhabitants on earth. They have been on the planet for some 320 million years. They are also among the very resilient creatures that are able to adapt to changing environmental conditions.

There are about 4000 known species of cockroaches, but only about 40 of them invade homes and buildings. In Malaysia, there are native Malaysia cockroaches but the ones we often see in homes are the American or German cockroaches.

Learn more about the common cockroaches in the country.

P.S. Need to get rid of pest problems fast? You can now hire a professional for cockroach control at a reliable price.

The German cockroach is a small species of cockroach, with average length of about 0.43 to 0.63 inches. They are colored brown to almost black and have two dark, parallel streaks on their outer pronotum. It has wings but it can barely fly.

It is very similar to the Asian cockroach though the latter can fly better. Their average lifespan is 100 days. They are common in domestic dwellings, restaurants, hotels and food processing facilities.

The American Cockroach is the largest species of common cockroach. Contrary to their name, these cockroach species did not come from the USA but from the Middle East and Africa.

They were believed to be introduced to the USA through human commercial patterns. Among household cockroaches, these are the biggest and are the longer to live, which can be up to 700 days.

Their average length is 35 to 44 millimetres. They love damp areas such as sewers and drains.

This species of cockroach is among the smallest domestic cockroaches with an average size of 11 to 14 millimetres. They are brown banded, thus the name.

Adults commonly have light or tan bands on the wings and across the body among the young ones. These cockroaches love warm temperature and often get into homes through infested furniture, grocery items, food products and electronics.

They can feed on almost anything so they can easily survive.

Australian cockroaches are among the domestic cockroaches that love the outdoors. They are similar to American cockroaches but they have distinguishable yellow bands on the upper forewing.

They establish colonies under the bark of trees, in piles of firewood or in outdoor locations with moisture. They also inhabit dark and warm places such as greenhouses, sinks, toilets and water pipes.

These cockroaches barely invade homes as pests. They are commonly found in parks, forests and gardens. Their colors are gray to black and they can blend on their surroundings.

They have various sizes and flat bodies that allow them to fit into tiny cracks and crevices of waves. Cockroaches play an important role in the environment as scavengers that eat up decaying matter.

They only become pests once they grow in number and invade places that are supposed to be clean. They key to enjoying a pest-free indoors and proper sanitation.

Keep dark areas dry and clean to prevent attracting cockroaches but if they are too much to handle, you can always count on professional cockroach control in Malaysia to help you.