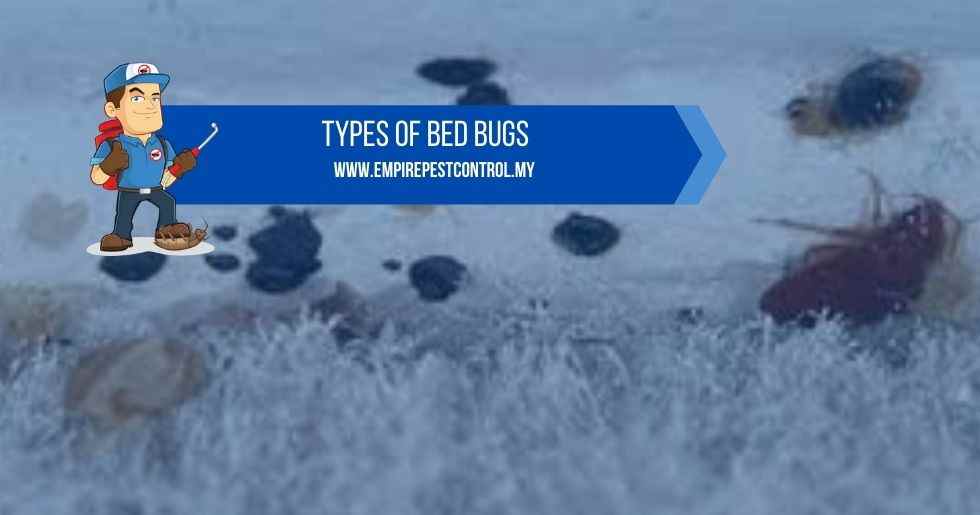 Bed bugs are ectoparasites or parasites that live outside of their host. They feed primarily on human blood though they can also attack birds, mammals, and poultry, or even rodents.

Studies have shown that infestation likely occurs from hotels or shared accommodations. Bed bugs are also common in many homes and they bring a serious problem because of the discomfort they cause.

Your chosen expert in bed bug control in Malaysia can help you solve infestation from various types of bed bugs. The following are the common bed bugs that invade homes and buildings.

The most widely seen type of bed bug has a scientific name of Cimex Lectularius. They are remarkable for their ability to adapt easily to the human environment.

They do not usually carry diseases but they can certainly cause skin irritation. They are about 4 to 6 mm long, short legs, and short antennae. They can live without food for up to 15 months.

Also known as Cimex Adjunctus, bat bugs are similar to common bed bugs but when you see them, there is a possibility that they are actually bats.

They also feed on human blood or other warm-blooded animals but not after they have found the host they like. Their preferred host is bats, thus the name.

Their distinguishing difference from common bed bugs is that their fringe hairs on the pronotum or upper thorax covering are longer or the same as the width of their eye and shorter than the bed bugs.

They are commonly seen in attics, old chimneys, and uninhabited buildings.

As the name implies, tropical bed bugs are most commonly found in tropical and subtropical regions. Their scientific name is Cimex Hemipterus.

This type is known to reproduce faster than and more often than common bed bugs. In terms of appearance, they look similar.

Also called Haematosiphon, the Mexican chicken bug is mostly found in poultry. They prefer hens, turkeys, hawks, fowls, and other birds as hosts.

Their middle coxae are almost touching and their beak is almost in the second coax. Their presence is common in cracks and crevices of poultry homes and less inside homes.

Swallow bugs are about 1/8 inch long and feed primarily on cliff swallows, a type of bird. Cliff swallows nest in colonies and their nests can be infested by swallow bugs.

They have a widely spread singular coax or the first segment that joins the leg and the body and beaks that do not reach the second coax.

Their third and fourth antennal segments are almost the same length. They can also feed on humans and pets as alternatives to bird hosts that often migrate.

It is important to identify the type of bed bug before treatment. If you happen to spot these bugs in your home, keep the specimen intact, and have us identify it correctly.

This saves time, money, and effort.

You can also call us to schedule a service right away.