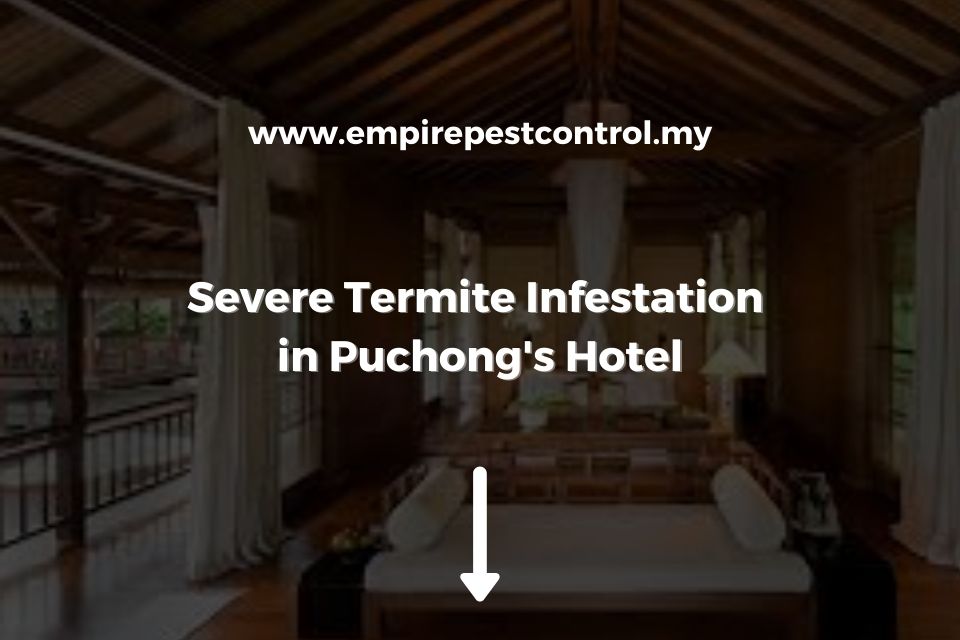 Mr.Amir, an owner of a well-known hotel in Puchong, was having a grave termite infestation problem happening right under his nose.

When he found out, he tried to keep the termites at bay by using store-bought solutions that claimed it could successfully kill termites, but although it did, the pest just kept on spreading because he wasn’t able to pin the termite’s colony’s location. Fortunately, he was able to find Empire Pest Control who was highly suggested by a friend.

Ever since that day, he no longer had to worry about any pest infestation, whether it’s termites, roaches, or rats, because Empire Pest Control is always ready to handle them. He appreciates the effort and dedication our pest control specialist based in Puchong has show’s toward him and his business. Mr.Amir loves the regular call, and check-ups Empire Pest Control does to ensure to creatures are causing him any trouble. Because of this, he has become a familiar and loyal customer who highly recommends Empire Pest Control to all of his friends, colleagues, and family.

Mr.Amir from Puchong, Malaysia, owns a hotel that caters to travelers, business people, and tourists. He was having a severe pest infestation problem that almost shut his company down since it affected many rooms and furniture. But with the help of Empire Pest Control, he was able to surpass this dreadful problem and has been a loyal customer ever since.

Mr.Amir always feared that his business might acquire a pest that could ruin his company, and when that day came, he was in a panic. He bought a lot of store termite control solutions and tried doing every guide on the internet that stated it could eradicate termites. He wasn’t aware of how bad the situation was, so even if it did kill termites on the surface, it didn’t affect the colony that was quickly progressing underground. His customers would find saw-dust near the hotel’s wooden furniture, and his employees would also see black droppings. It was a situation that was out of control, and if Empire Pest Control didn’t come, it would have cost Mr.Amir expensive repairs.

Although the infestation was rapidly spreading, our pest control team was able to kill all the termites and stop them from doing any more damages.We utilized cutting-edge equipment and quality solutions which killed the termites in an instant. Chemical sprays were also used to remove any termite from the hotel’s furniture and items where they were suspected to be.

Furthermore, the exterminators pinpointed the termite’s colony and carefully took them out from the hotel, and killed any termite that was left. Once their operation was finished, they did a thorough inspection of all the rooms and furniture to ensure no termite was left behind. They then gave Mr.Amir some tips, which helped his hotel avoid any pest problems that may occur. 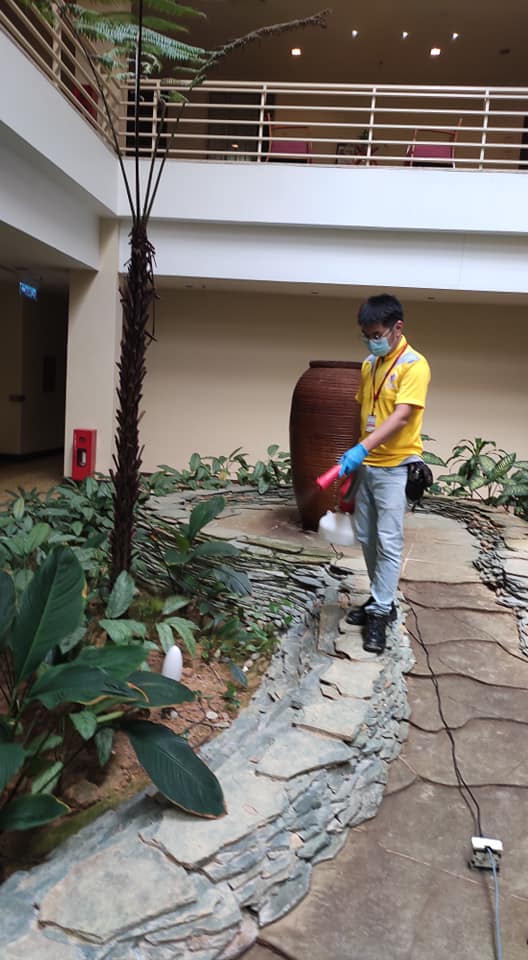 Implementation Of The Pest Control

Because of the dedication and quality service Empire Pest Control offered, Mr.Amir said he doesn’t know what he would do without the company’s help. “In all my years of running a hotel, I’ve never been this confident and at ease knowing that I am cared for by one of the best pest control service provider in all of Puchong.” He said.

Empire Pest Control never fails to check up on Mr.Amir and conduct regular inspections to ensure that the hotel is in good running shape.

Whether it’s termites, roaches, rats, or any pest that may find its way into their hotel, Mr.Amir never had to worry about it because he knows he doesn’t have to deal with it alone. Empire Pest Control never fails to be there to lend him a helping hand, and due to this quality service, the hotel was able to progress and become more successful.

“Ever since I started working with Empire Pest Control, I’ve become much more confident when I see travelers and tourist walking into the hotel because I’m guaranteed everything and every room is in good condition. I don’t have to constantly worry about my customers finding rats or other filthy creatures running around the hotel.

If you’re a business owner, you’d know how a relief that is!” Mr.Amir said. Empire Pest Control is definitely a company he highly recommends to everyone because of the never-ending help the pest control service provider never fails to give.