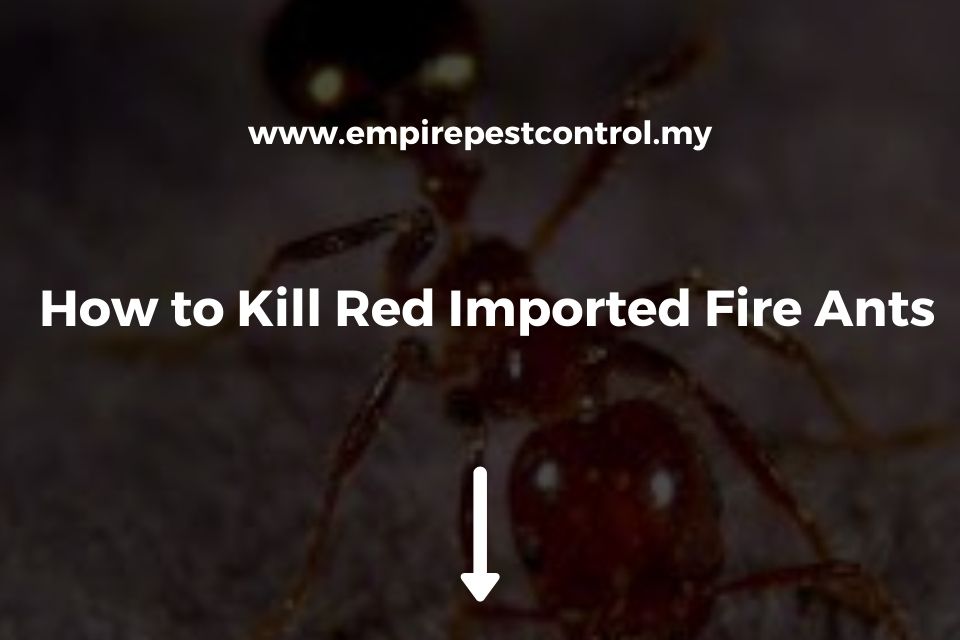 Red imported fire ants are the most invasive insect in Malaysia, forcing many home and business owners to call a professional ant exterminator just to get rid of them. They can enter your home via cracks or crevices, and they’re difficult to control because their colonies grow quickly.

This blog post will provide you with information on how to identify red imported fire ants, what attracts them, how they reproduce, and some ways that you can kill them for good!

What are Red Fire Ants and How Do I Get Them? 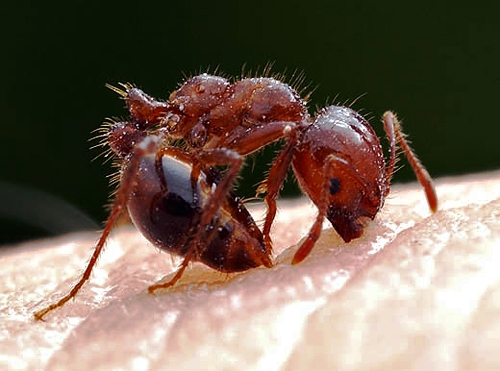 Red fire ants are an invasive species of ant that originated from South America. They are extremely dangerous because their sting is painfully toxic. Red fire ants are small in size with a red and brownish color.

Red fire ants are attracted by electrical currents because of the warmth that it provides for them. They’re also drawn towards sources of freshwater such as your swimming pool or garden hose during summertime. Food sources are also a way to attract red fire ants. If you’ve got any pet food outside the house, this is also a source of why they are in your home.

Red fire ants are extremely dangerous because of their venomous sting. Although the stings may only cause mild irritation, some people have reported it as an allergic reaction to red imported fire ant bites. For those who aren’t allergic or sensitive to the toxins in its venom, a single bite will produce pain and swelling at the site of the attack.

Not only can they give a painful bite, but they can also cause damages to your electric wires, which could lead to accidents. Imported red fire ants are also a hazard for you because they can be easily hidden in the grass or your home where pets and children roam and play.

Where Do Red Fire Ants Stay 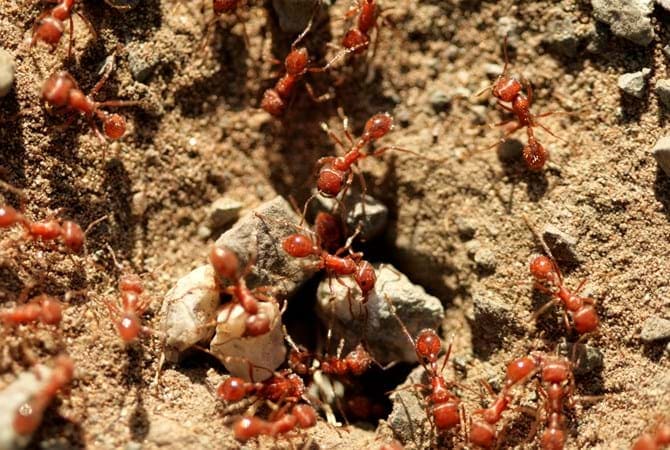 Red imported fire ants are attracted to small vibrations. If you have a lot of plants around your home, the water from their roots can provide that type of vibration and draw them in.

In addition to this, they also like moisture as it makes it easier for them to breed. They’re not as common near bodies of natural running water because those areas tend to be already inhabited by other insects such as bees or wasps – all three of which will fight each other over food resources.

Related Post: How to Identify and Treat Fire Ant Bites

There are several ways to kill these imported red fire ants. The best way to kill fire ants is by baiting and mound drenching. Baiting is a way of using an ant trap with ant baits such as products that are toxic for ants applied in sugars, food crumbs, syrups, and liquids.

Ants are known to gather food sources and take them to their colony, and having ant baits being transported to their colonies is an easy way to get rid of them, including their queen. It might take a long time for the products to take effect. Thus, ants would take several trips from the ant bait to their colonies and ensuring their elimination afterward.

The other way or the next step of killing red fire ants is by mound drenching. Mound drenching is where you apply pesticides into the ant mound. Use a drench or granular pesticide, which you can buy at any hardware store around your area, to treat the entire colony and its queen effectively.

Remember that it may take some time for these tips to kill red imported fire ants, so be patient! It is also crucial that you clean up after yourself once you are done with applying certain products, especially if they’re toxic, because children or pets might accidentally ingest them, causing damage to their health as well.

How to Prevent Future Ant Infestations

The most effective way to prevent these pests is by eliminating potential nesting sites around your home. These areas can be cracks between bricks on your patio, gaps under doors leading outside, holes in walls, etc. Make sure that you fill up any holes or small crevices with caulk or other sealant materials so that they cannot penetrate into your house.

Another way to prevent these ants from coming into your house is by regularly cleaning up the area around your home and keeping all pet food and other food in tightly sealed containers.

Lastly, make sure that you don’t leave water sources like pools or garden hoses during the summertime because these ants love water.

This blog post has covered all of the information you need to know about how to kill red imported fire ants. Make sure that if you are using a product, it is labeled for this specific type of insect, and follow all instructions on the label carefully. If you have more questions you want to ask, call us today!