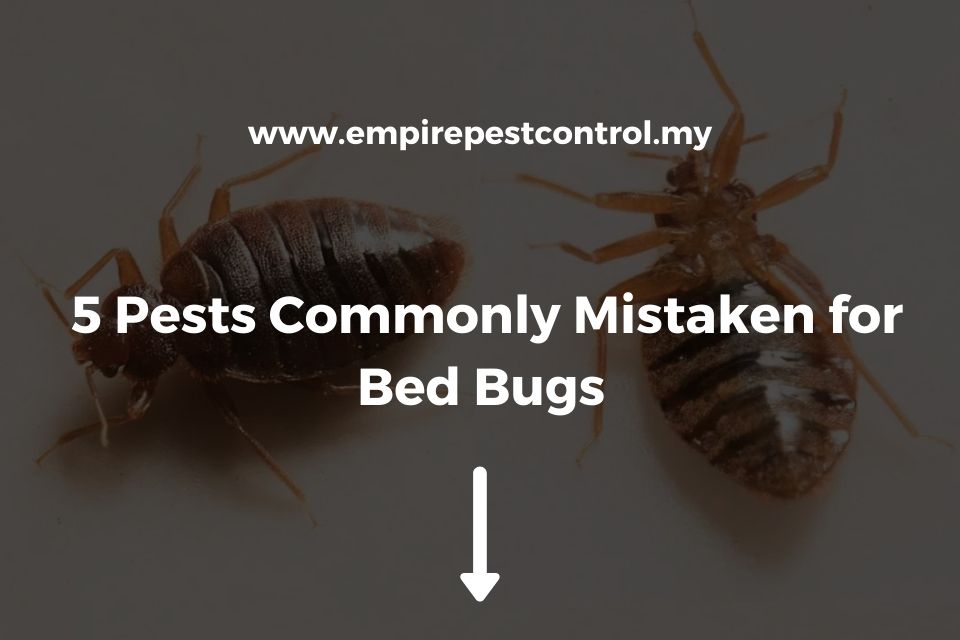 Bed bugs are a common pest in homes and businesses across Malaysia. If you think bed bugs only live in dirty, run-down places, then you’re wrong! Bed bugs will go wherever they can find food and shelter.

They often hitchhike into new locations on furniture or clothing, so bed bug control is not something that should be taken lightly. You need to call in a bed bug control specialist right away when these critters show up.

In this blog post, we’ll talk about 5-bed bug lookalikes that most people don’t know about, so you can take the best approach right away with no difficulties! 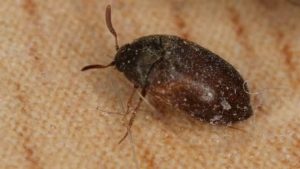 One creature that surprisingly looks like bed bugs are carpet beetles, often confused with bed bugs because of their small size and brownish color.

Bed bug control specialists say that if you find carpet beetles in your home or business, then it’s time to call a pest management company immediately for treatment!

At first glance, they might seem similar, but there are some differences between these two creatures. A significant difference is the texture of their skin: Carpet beetle larvae have soft hair, whereas Bed Bug’s body has no hair at all, which makes them easily distinguishable from each other.

Carpet beetles can be found all over Malaysia too. They come into homes from stored clothes or by flying onto them from outdoors when people bring them inside unknowingly, which is why they’re so difficult to get rid of.

Bed bugs have been around for more than centuries, but so have been bat bugs.

They may sound and look the same, but these are two different creatures.

Bat bugs are wingless, flat insects that feed on the blood of bats. They usually live in the cracks and crevices in bat roosts or rock caves, so they’re not always found indoors.

Their bites can cause discomfort to humans when bitten, but their saliva doesn’t contain any dangerous viruses like bed bugs do, which means these two creatures cannot spread diseases to people as well!

Bed bugs will be more than happy to settle down anywhere you’ve been before because they love a cozy place near food sources, whereas bat bugs need places with an abundance of bats, so it’s easy for them to get enough meals from one location only. 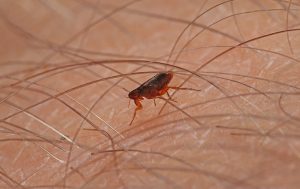 If you’ve got furry friends right at homes like dogs and cats, then you need to be extra aware of fleas because they can look like bed bugs, too!

Flea bites are small and itchy, so you might not notice them at first, but the problem becomes more apparent when their eggs hatch. As a result, your pets may develop anemia or other health issues from these pesky critters feeding on them continually.

To keep your furry friends healthy-looking and happy, make sure to carefully inspect for any signs of a flea infestation which includes looking for blood spots near furniture in rooms where pets spend most time sleeping, such as bedrooms and living rooms.

You should also check if there’s excessive hair loss around those areas since that’s what fleas usually feed on.

Fleas and bed bugs are often associated with each other because of the presence of blood, but the truth is that they are not the same.

Fleas usually feed on animals, so if you’ve got a pet, then it’s important to keep an eye out for them and their signs of infestation to prevent any other problems from arising!

Booklice Are Mistaken For Bed Bugs

Booklice are very small creatures that are attracted to moisture, so they’re often found in damp areas of the home like basements and bathrooms.

Bed bug control specialists say that these critters would need a humid environment to survive, but booklice can live anywhere as long as it’s not too dry for them.

If you find an infestation, then get help right away because if left untreated, their population will grow exponentially, which might lead to structural damage or other health issues!

Booklice eat paper-based food products on surfaces causing them to decay and become moldy; this is why they are also known as “paper bugs.”

They come out at night when people sleep with their lights off, so just keep your place clean by removing any clutter in your home. 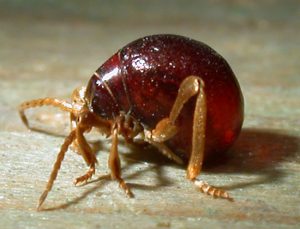 Spider beetles and bed bugs are often mistaken to be the same because they’ll hide in cracks and crevices.

Spider beetles are not a harmful pest, but they can be annoying because their presence means that there’s an infestation of other pests such as roaches, ants, or spiders which all feed on the same things these creatures also do.

They’re very small, so it might take some time for you to spot them crawling around your home, and if you ever find one, then identify where else they’ve been hiding before and after this sighting.

This will help experts determine what type of treatment is required for getting rid of spider beetle bugs!

Bed bugs are a widespread problem, but it is important to know the difference between these pests and other insects that may look similar. If you suspect you have bed bugs, don’t hesitate to call an exterminator right away.

A pest control professional will be able to properly identify your infestation so that steps can be taken accordingly. The sooner you address this issue, the better off everyone in your home will be.