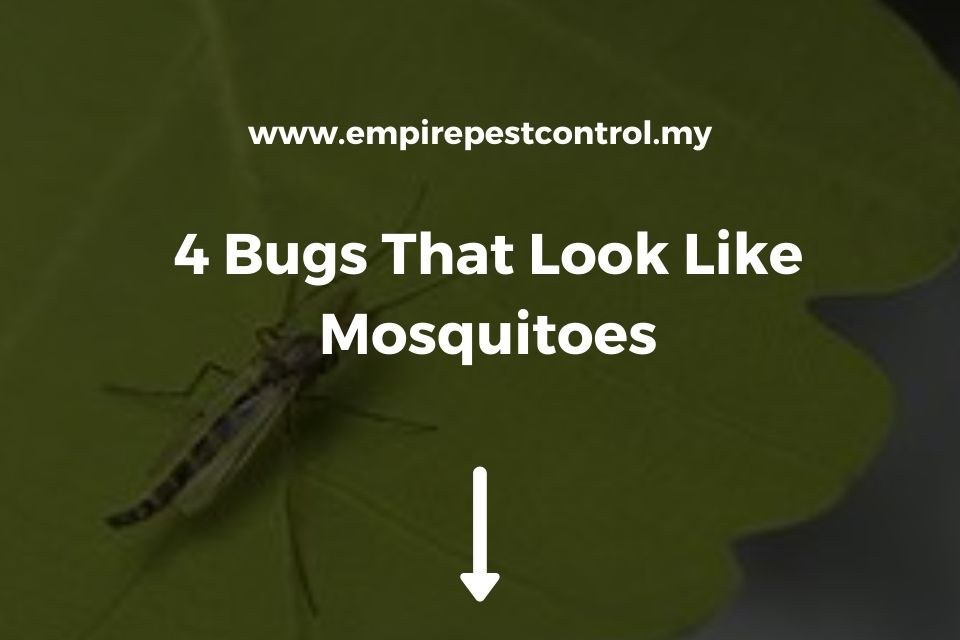 What are some bugs that can be mistaken for mosquitoes? Of course, you might think of flies, fleas, or other insects. However, several bugs have markings and features that resemble those of a mosquito.

This article will explore 4 bugs that look like mosquitoes in detail to help you identify the next time you’re dealing with a mosquito infestation!

PS: Looking for a mosquito control service provider that can help you effectively stop the infestation of these little rascals? Give us a call today, and our experts will certainly help you! 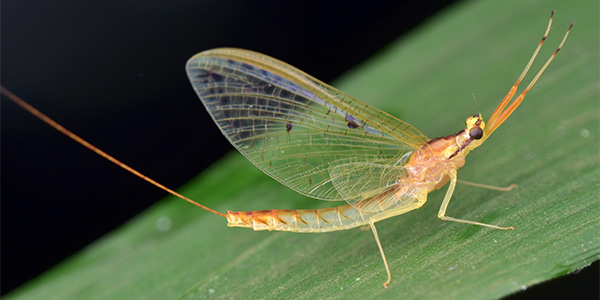 If you haven’t heard of Mayflies, then you’ll want to learn about them. They are commonly found in freshwater, and their appearance can look like that of a mosquito’s!

Their bodies have a yellow-brown tint with dark markings on the wings, which makes it hard to tell what they are when they’re flying around. Mayflies can also be seen during mating seasons – so if you see one at night or early morning, then chances are good that it is not a mosquito.

The difference between these types of flies and mosquitoes is the long antennae and the shorter mouthparts. In addition, mayflies have a very short proboscis which can be difficult to see, making it hard for them to feed on blood or other fluids as mosquitoes do.

Luckily, there are ways you can stop mayflies from becoming a nuisance. For example, mayflies are attracted to light, so avoiding spending time outside at night or turning off outdoor lights might prevent them from coming near you and getting closer to your home! 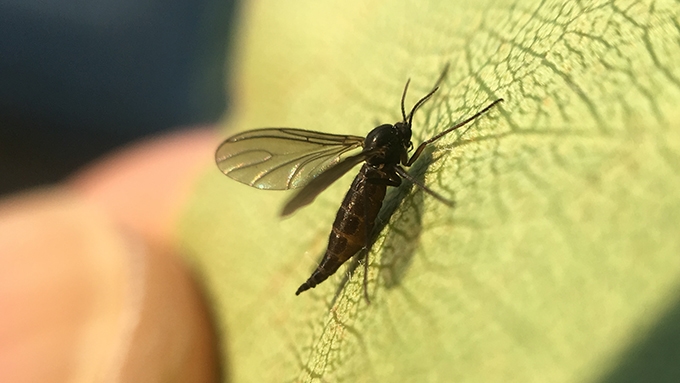 Fungus gnats are one of the things you wouldn’t want to get near, but they can look a lot like mosquitoes!

These bugs are small and black with long antennae that have dark markings, the same as a mosquito’s. Their wings also resemble those of an actual mosquito; however, you’ll notice their legs don’t reach their body, which distinguishes them from other types of flies or insects.

Luckily these pests do not always feed on blood as mosquitoes might, so if you happen to see one, then there isn’t anything to worry about, but of course, they can be a nuisance. 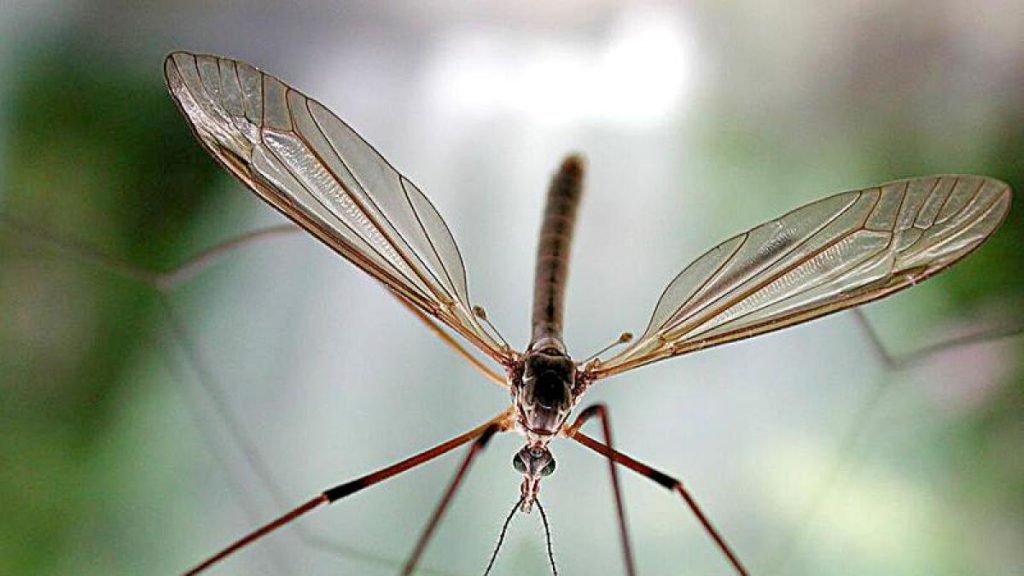 Crane flies are insects from your worse nightmare. These bugs are known to carry bacteria, which can be dangerous if you come into contact with them.

If a crane fly is spotted in your house, then it’s worth contacting pest control for help removing this pesky bug! They may seem like mosquitoes at first glance because of their long mouthparts and the dark markings on their wings.

Be aware that they do not feed on blood but will instead go after other fluids from plants or animals – so as long as you’re not coming into direct contact with these bugs, then you should be safe!

These insects can often be found in places where there are plants or water sources, so if you’re in an area where these bugs thrive, then the chances of coming across one are high. 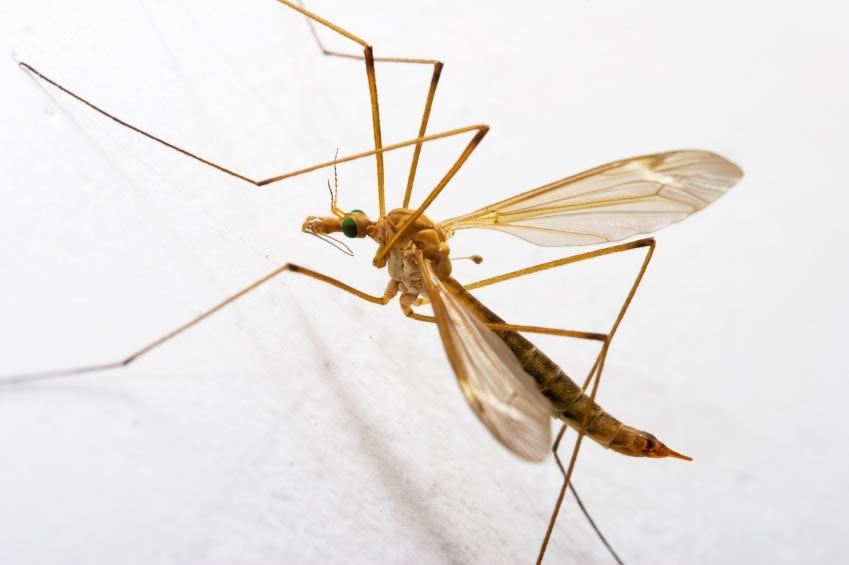 Have you ever seen a bug that resembled the infamous mosquito and found yourself wondering what it was?

The answer is likely dixid midges.

These insects are small with long wings making them very similar to a mosquito’s appearance!

The main difference between these bugs and mosquitoes is they have two sets of antennae, they’re lighter in color, and the form of their wings is different.

You’ll notice these little guys don’t actually bite into people or animals like mosquitoes do but instead feed off flower nectar and other fluids from plants.

Their mouthparts aren’t long enough to penetrate the skin, which leaves you safe from any harm, but they can still contaminate any food or water sources if they’re around.

This blog post has given you an insight into the 4 bugs that look like mosquitoes. With this information, you’ll now be able to tell the difference and know when you’re in danger of being bitten! So make sure to share this article if you think it could help someone else.