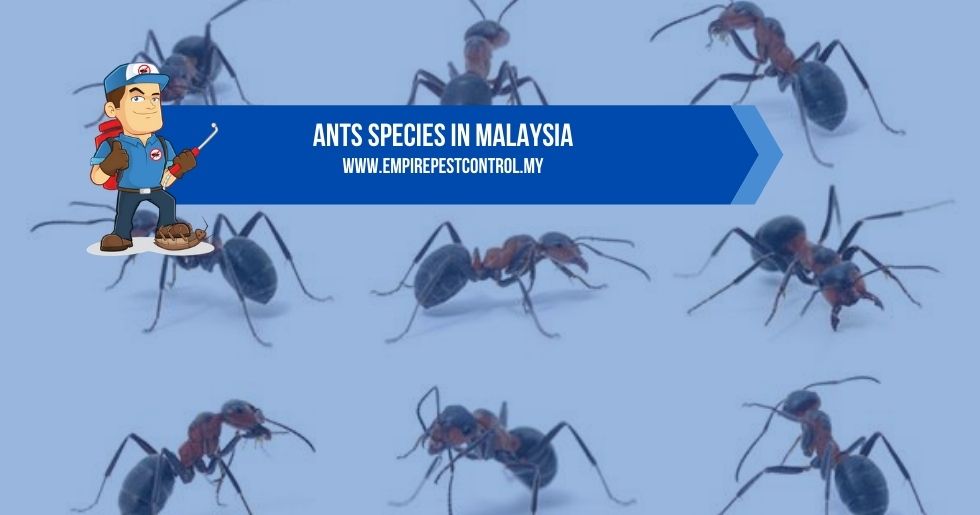 There are more than 12,000 identified ant species in the world. While only a small fraction of these ants invade homes, it is still important to determine their species in order to find a suitable treatment. A  professional for ants control in Malaysia understands the characteristics and behavior of the common ant pests in the country in order to eliminate them effectively. Listed below are the common ants in Malaysia.

Commonly known as kerengga, weaver ants are big. Minor workers grow by up to 6 mm while major workers grow by up to 10. They are light brown and have long legs. They do not sting but inflict pain when they bite as they secrete irritating chemicals from their stomach. They are called weaver ants because they create nests by weaving leaves with larval silk on treetops. They are confined only to the outdoors and feed on mealy bugs or farm scale insects.

They are called such because they make erratic movements compared to other species. They can nest in dry and moist environments and normally build nests in trash, cavities, rotting wood and soil. They eat insects, fruits, honeydew, sees and household foods. They are found indoors and outdoors.

P.S Want to get rid of ants problem by yourself? Here’s a post on how to prevent ants infestation.

They are yellowish or reddish, have long legs, and are similar in behaviour with black crazy ants. They belong to the tramp ant species that is known to have multiple queens in a colony. They can create super colonies up to 1000km wide. They prefer damp areas for nesting but they can also nest at building perimeters or retaining walls. They can feed on a broad range of foods.

These are tiny plans that are about 2mm long and light to yellow brown in color. They also have multiple queens in one colony and can build bud colonies fast. They do not swarm but rather mate in the nest. They can trail on floors, cabinets, carpets and use wires or pipes to travel. They are among the few species that build nests inside homes and buildings. They feed on dead and living insects, fats, sweets and proteins.

Their average size is 1.8 to 3.5mm and are reddish to brownish. They move slowly and follow a narrow trail. They form large colonies with multiple queens. In homes, they love chewing fabric or rubber insulation layers on wires or pipes, causing serious damage. They nest inside electrical boxes or drawers and feed on almost any food they can find.

Ant trails are not lovely to look at. Not only are they visually unappealing, they also become a nuisance when they often feed on stored foods. Carpenter ants can even damage structures as they love to nest on wood.

Treating them for long can be quite frustrating because they can keep coming back not until you hire experts to control them. Empire Pest Control can identify common ants that invade properties and effectively control them. Call us today for more information about our service.