Facts about Ants in Malaysia 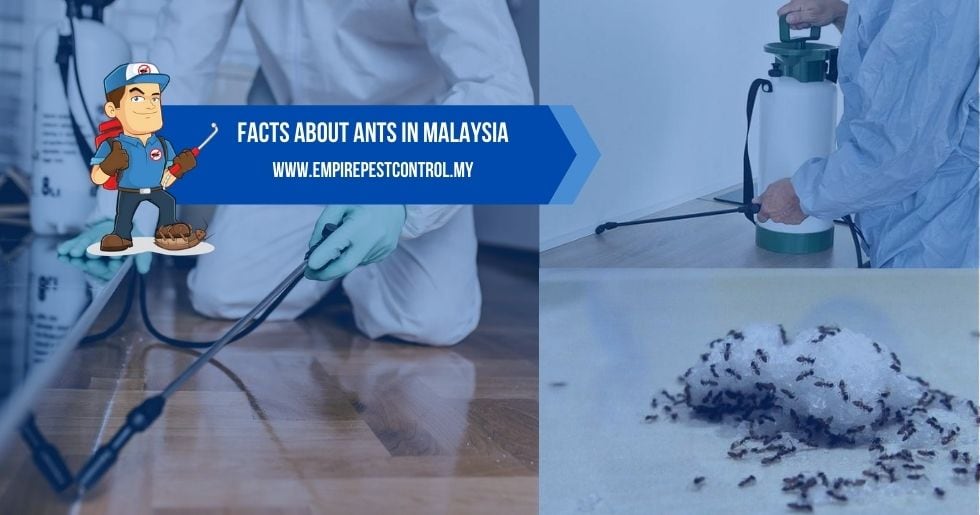 Ants have over 12,000 species identified worldwide. They have fascinating characteristics that make them a favorite subject of scientists and entomologists. They live in colonies and have division of labor. Though often considered nuisance insects, many of them play a crucial role in a healthy ecosystem.

The insect belongs to the Formicidae family within the order of Hymenoptera, which is also where bees and wasps belong. They are dominant on Earth and live everywhere except in Antarctica. In Malaysia, there are 23 known ant species though only a few of them invade homes and buildings. Here are interesting facts about ants in Malaysia.

The most remarkable ant in Malaysia is the Malaysian Ant that is also known as the exploding ant.

This ant species takes its job seriously as a soldier. It has poisonous sacks in its head down to its back. When threatened, it contracts its muscles to build up the poison and explodes to spray the toxins to its predator. The predator can die from this poison or if big enough to survive, it will think twice to approach another ant around it. However, this defense mechanism is sacrificial for the Malaysian Ant dies in the process.

P.S. Looking to get rid of ants infestation problems? We offer top-tier ants control throughout Malaysia. We have a team of professionals who have been offering this services for more than 10 years.

The most common ant species in Malaysia

The most common ants species in Malaysia are the Black House Ants, Fire Ants and the Odorous House Ant.

The Black House Ants or Ochetellus are common household pests that are about 2.5mm long and are intensely black in color. Though they are native to Australia, they can be found in both urban and rural areas and love to build their nests in gaps or cracks. They enter homes to collect food and will nest underground or in wall cavities. They love sugar but they are more of a nuisance rather than a destructive insect.

The Fire Ants are reddish brown and can grow up to 6mm long. They have strong mandibles and about 5 to 5 teeth. They love to nest in mounds and are highly aggressive that they can launch coordinated attacks on victims. Their bite can cause residual pain and pustule.

The Odorous House Ant or Garden Ants are black and are 4mm long on average. They create nests outdoors under stones but can also live in wall cavities. They often go indoors to find water. They are protein ants and will only feed on sugars from natural sources. They are aggressive scavengers and have that distinct rotten coconut smell thus the name.

The Weaver Ants give painful bites to humans

Karenga Ants can grow up to 10mm long and are also aggressive. When they bite, they squirt formic acid secreted from their abdomen into the wound, which makes it extremely painful. If they are threatened, they can warn other ants in the colony by tapping leaves from within. They are called weaver because their larvae act as sewing machines for building nests.

Ants may be small, but they can be a nuisance. Fortunately, there are reliable pest control experts offering ants control in Malaysia if you want to get rid of them fast.